How the gig economy is shaping the future of work

The assumed normalcy of the nine-to-five working day is being called into question, and a more flexible system is rising in its place.

Its workers are the taxi drivers who pick us up at the drop of a pin, the friendly faces who deliver our Saturday night pizzas and the developers who create our favourite websites.

Facilitated by a new wave of online platforms, these workers participate in short-term ‘digital enabled jobs’, or ‘gigs’, and generally get paid after each task they complete. And according to Manulife’s recent Investment Sentiment Index survey (MISI), 31% of investors perform them, at least on a part-time basis.

Often, the work they do and the way they do it is nothing new, which is why some are quick to dismiss ‘the gig economy’ as nothing more than hot air.

However, what separates this latest wave of freelance work from its historical variants is the technology underpinning it. The introduction of user-friendly mobile applications and browser-based software have made it easier than ever to engage in freelance work, encouraging an increasing number of nine-to-fivers to explore alternative avenues of employment.

The emergence of the ‘gig economy’

Gone are the days when freelancers would have to spend excruciating amounts of time building connections and professional reputations before charging their first cent. Today, digital platforms found at the heart of the gig economy take care of that. Through the provision of transparent customer ratings tools, simple dispute resolution mechanisms and rigorous screening processes, these platforms mitigate the trust concerns of users and, in so doing, help to reduce the barriers of entry to large swathes of the economy.

Often driven by algorithms that align supply with demand, these apps are also paving the road towards an economy in which services are supplied only when needed. In this brave new world, workers are effectively plugged into a central nervous system that sends an alert whenever there’s work to be done, and it’s up to them whether they heed the call. The end result is a system of flexible working that stands in stark contrast to the corporate world’s insistence on a five day, nine-to-five work week. Here, the onus is on the individual, and no two days are the same. 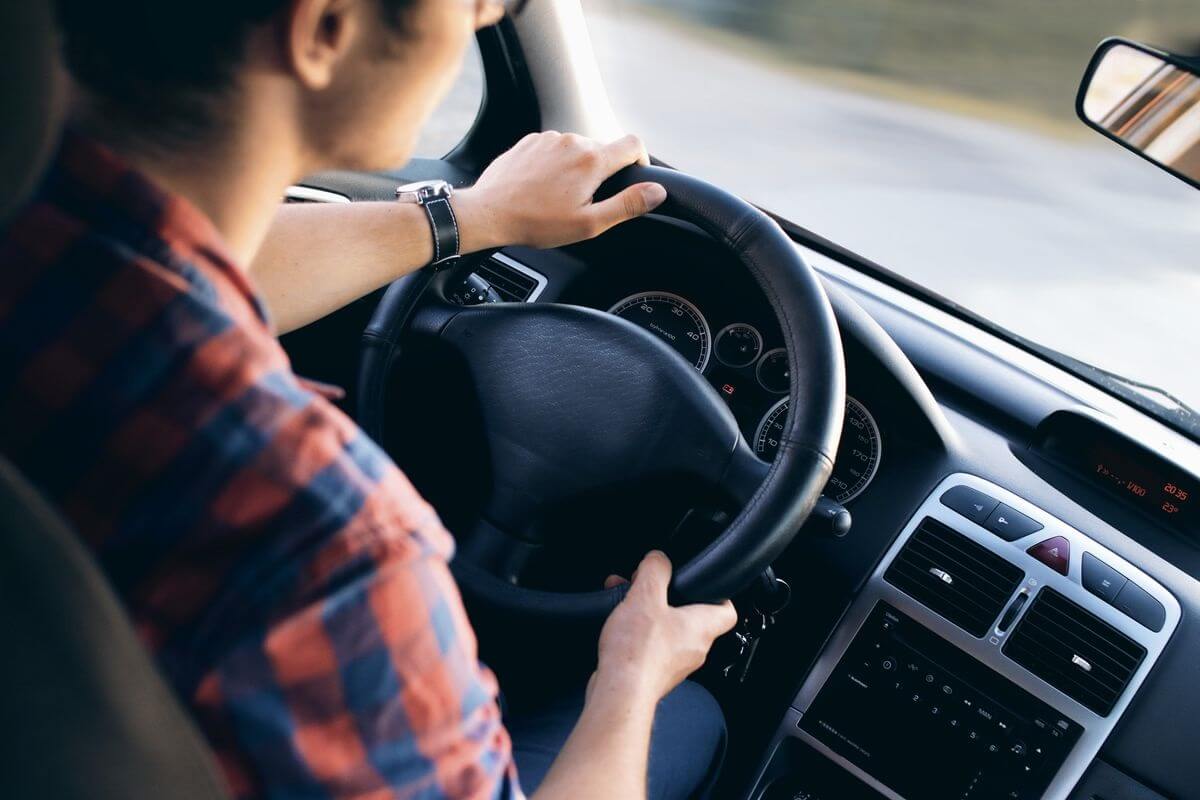 User-friendly software further sweetens the deal, helping to remove some of the headaches associated with finding freelance work. And some of the apps offer access to huge consumer markets, too. Take Grab, for instance. Established in 2012, the Singapore-based ride-hailing app has been downloaded more than 100 million times, with users across eight countries making roughly four million journeys a day1. That is hard to look past if you’re a nine-to-fiver considering moonlighting as a taxi driver – especially if you only want to pick up a few jobs per week. Who would go it alone, when you can just download and drive?

The meteoric success of Uber and Grab mean that many people only think of food delivery and ride-hailing apps when they hear the term ‘gig economy’, but MISI shows that the economy’s new wave of digital platforms facilitate a far greater range of work. The survey found that 47% of investors who perform digital-enabled work sell goods and services on platforms such as Carousell, Lazada and Shopee; 43% drive taxis and carry out other forms of part-time work; 24% share online content or videos to attract audiences and generate revenue, and 11% have used digital platforms to set up a startup. On top of that, out of the 69% not currently engaged in digital enabled work, 49% were interested in participating in that type of work in the future.

Flip side of the ‘gig economy’: Cost-cutting measures

The emergence of the gig economy cannot solely be attributed to workers wishing to free themselves from the shackles of the nine-to-five work day. Its growth owes as much to macroeconomics as anything else. Singapore was one of the first Asian countries to sink into recession after the US subprime housing crisis brought the world economy to its knees in 2007. The lion state’s economy shrunk by 5.7% in the second quarter of 2008 and 6.3% in the third, and many companies responded by cutting labour costs2. As a result, 21,120 Singaporeans were made redundant in the first three quarters of 2009, and many others saw their hours severely cut back3. The global financial crisis created a large pool of underutilised talent, eager to pick up more work. And in so doing, it created room for the gig economy to emerge.

In addition to a global economic downturn, companies had to contend with accelerating digital disruption. To remain competitive, they had to adopt new technologies and retrain their staff accordingly. But, as the technological changes increased in frequency and intensity, many companies struggled to keep up. 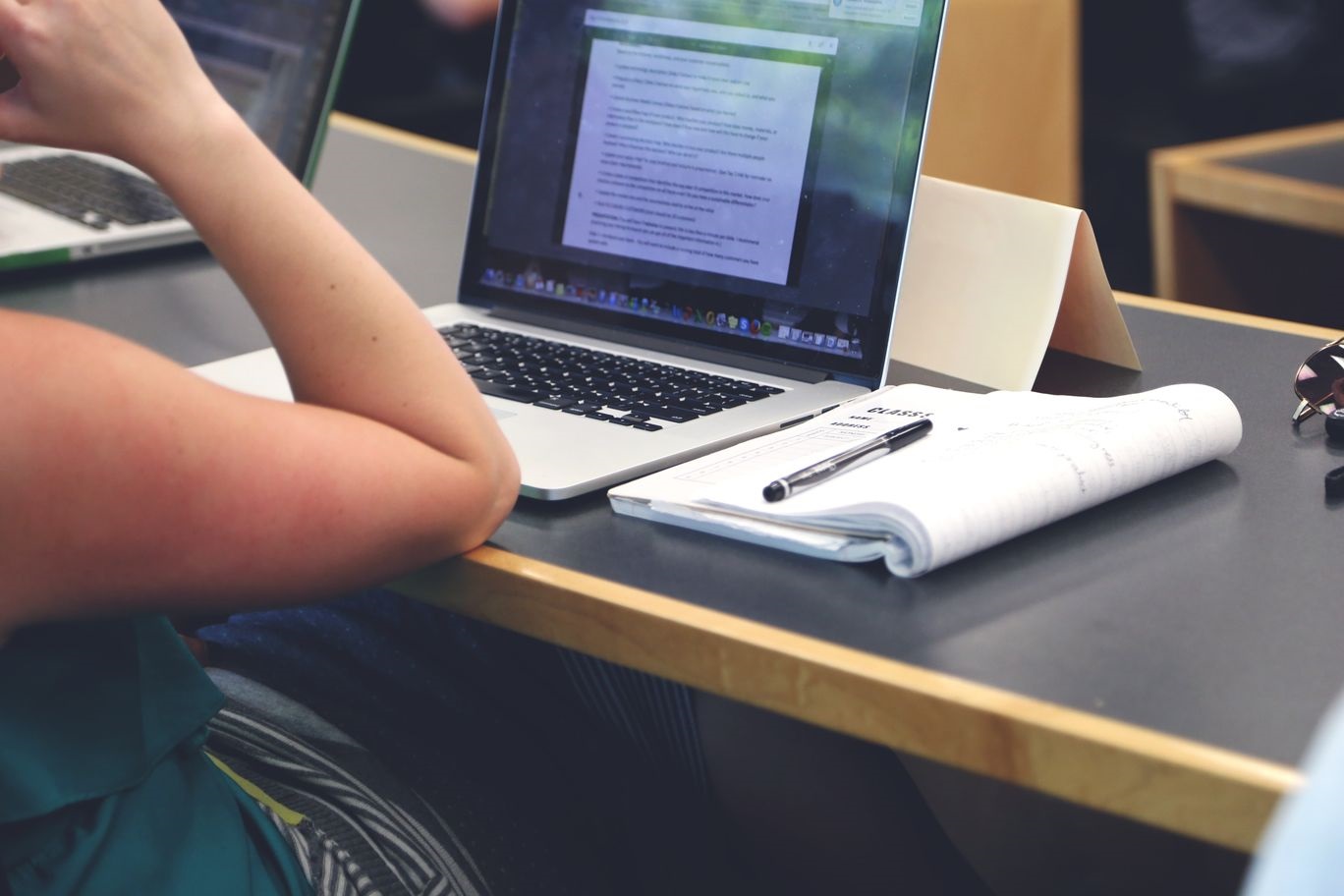 Today, the rate of technological change has reached a point where many companies now see temporarily contracting various freelancers, each boasting different skills, as a more feasible long-term strategy to keep up with the changing demands of the marketplace than constantly retraining permanent staff4.

That 61% also “agree” or “strongly agree” that they “worry about potentially unstable income and lack of medical, insurance and/or retirement protections” suggests that the gig economy is not without its flaws.

Indeed, most accusations levelled at the gig economy in Singapore are focused on its associated race-to-the-bottom on wages and conditions. Widely regarded as contractors rather than employees, gig workers are often paid below minimum wage, do not receive holiday or sick pay, and regularly face unfair dismissal.

According to Singapore’s tripartite working group on the gig economy (TWG), the four key areas of concern are “payment-related disputes; loss of income due to prolonged illness or injury; lack of CPF savings for healthcare and retirement; and lack of occupation-specific competency frameworks”5.

Consequently, that same tripartite working group recently released seven recommendations on how to provide greater protections for gig workers. Chief among them was a ‘Tripartite Standard’ contract for engaging gig workers to reduce payment disputes, an insurance product to mitigate loss of income, and a contribute-as-you-earn Medisave contribution model to improve health insurance coverage.

The Singapore government accepted the recommendations of the TWG “in principle,” which suggests gig workers can expect better protection in the future. But while that is undeniably good for gig workers, it won’t do anything to shield them from the destabilizing force of digital disruption – the economic force at the heart of the gig economy revolution.

Why lifelong learning is essential 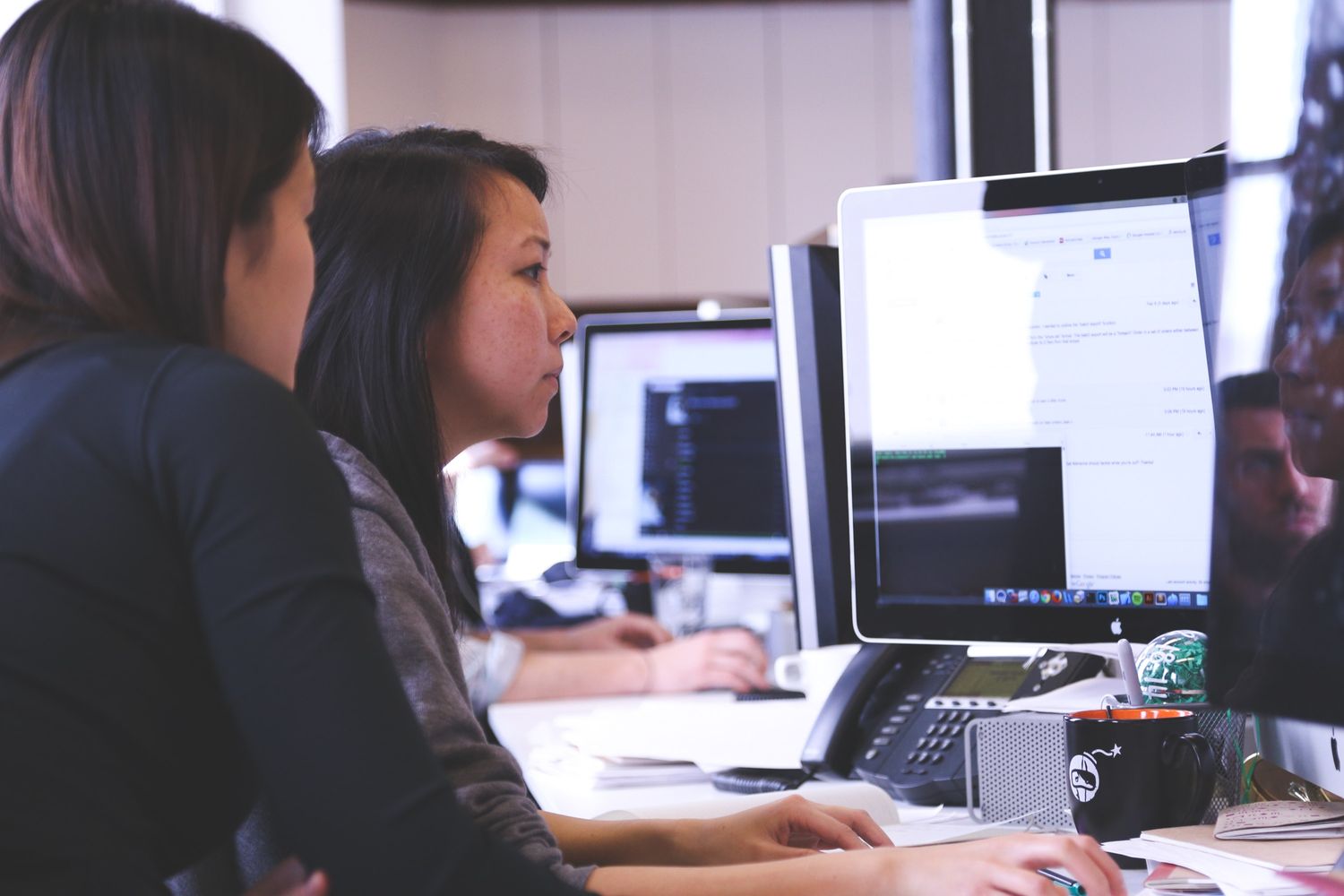 As The New York Times columnist Thomas Friedman once argued, “What can be done, will be done”. In this age of technological accelerations, no one can afford to rest on their laurels. Market needs are constantly changing as a result of accelerating technological advancement, molding careers into far trickier terrains – especially for gig workers. Without a structured career path, the onus is on them to ensure their skills remain relevant. They must navigate the increasingly complex modern marketplace alone, and they’ll only be successful if they commit to a life of continuous learning.

Fortunately, the world is more open and connected than ever. Apps such as Skype and WhatsApp have reduced the marginal cost of international communication. Prestigious universities now provide thousands of world-class courses free of charge, to websites that anyone can access. And thousands of articles and megabytes of data are freely accessible, at the click of a button.

More than ever, the flow of ideas, goods, money and people is driving the growth of the global economy. It is making life more competitive, but it is also greatly enhancing the impact of the individual. Never have workers been able to so freely access the information and expertise required to improve their lot, nor had the communication tools necessary to build bridges with potential mentors, collaborators and industry leaders.

For the self-motivated, the future of work has never looked so good.

These insurance products are underwritten by Manulife (Singapore) Pte. Ltd. (Reg. No. 198002116D). This advertisement has not been reviewed by the Monetary Authority of Singapore. Buying a life insurance policy is a long-term commitment. There may be high costs involved if you terminate the policy early, and your policy's surrender value (if any) may be zero or less than the total premiums paid. Buying health insurance products that are unsuitable for you may affect your ability to finance your future healthcare needs. This advertisement is for your information only and does not consider your specific investment objectives, financial situation or needs. It is not a contract of insurance and is not intended as an offer or recommendation to purchase the plan. You can find the full terms and conditions, details, and exclusions for the mentioned insurance product(s) in the policy contract.

This policy is protected under the Policy Owners’ Protection Scheme which is administered by the Singapore Deposit Insurance Corporation (SDIC). Coverage for your policy is automatic and no further action is required from you. For more information on the types of benefits that are covered under the scheme as well as the limits of coverage, where applicable, please contact us or visit the LIA or SDIC web-sites (www.lia.org.sg or www.sdic.org.sg).

We recommend that you seek advice from a Manulife Financial Consultant or its Appointed Distributors before making a commitment to purchase a policy.

Useful articles for you about Retirement: 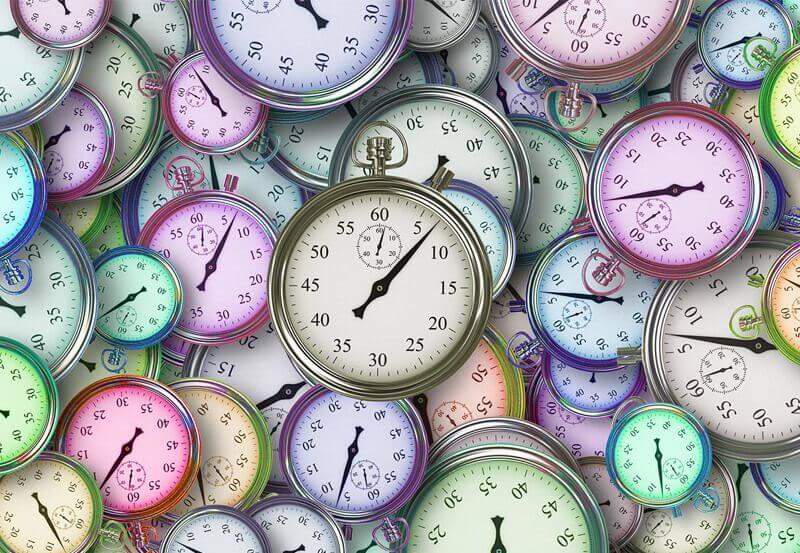 Why should retirement planning start as early as possible? 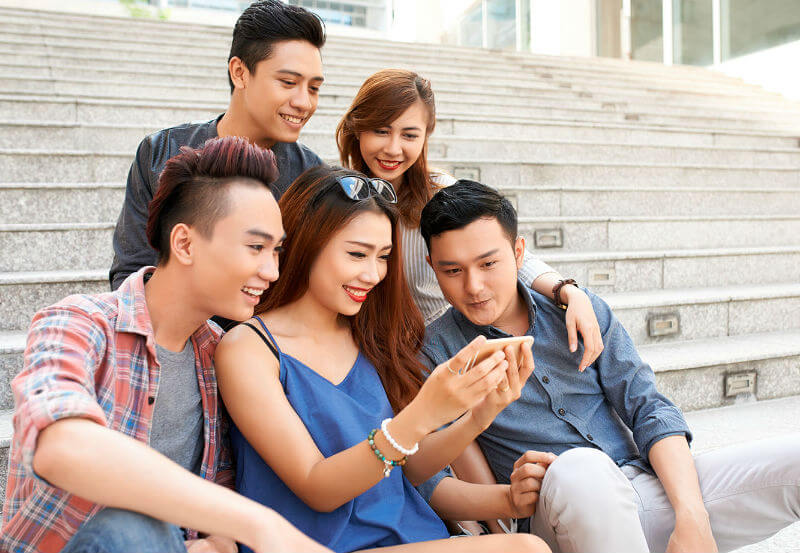 How do millennials approach retirement?